Recently I had the chance to walk the floors of three vastly different trade shows.  All are good examples of different types of shows.

All had ties to a specific industry but each had a different approach to how they reached their intended audiences and how they served those aforementioned industries. The shows: 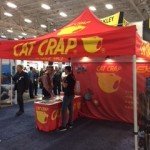 The similarity of that they all have an exhibit floor is really where this comparison ends.  Each serves a real purpose to their association, industry or business, but they each do it in a different way.  And each is a good example of how to reach your intended audience.

ASIS is a traditional association trade show. Exhibits, conference meetings, networking event, parties.  But as an industry specific, horizontal trade show, it has done something others haven’t: flexed with the times.  I first worked at this show in 1994 with Honeywell’s security business.  At that time, more emphasis was on systems and equipment.  These days security is defined more broadly and digitally.  This show seems to have redefined itself as the industry has morphed itself.

WEFTEC is an association show as well, but for municipal water treatment professionals.  A large show, it welcomes a variety of industry suppliers, almost in a horizontal fashion.  However, while industrial users and suppliers are welcome and attend, this is really a show for municipal (read that city and state agencies). That means that the selling environment can be quite different–and challenging for those not familiar with having the government as a client. But what the show does well is revel in the fact that their industry is about a very needed resource–water–and the fact that their members and attendees make things and buy them.  Something lost on many of today’s trade shows.

The final show in this series is the DRI Extravaganza.  This is a “captive” show for the customers of Digital Resources, Inc., and audio-visual hardware and software services company based in Dallas, Texas.  These guys have chosen to reach out to their key customers with this style of show (I’m defining “captive” as a show that is owned and directed by one company toward and invited–non public–audience). Some call them user conferences, but what is clear is that the customer is king on this show floor and in the conference rooms.  No one leaves without something–usually information–from both perspectives.  The interaction is local and at eye level and allows for mostly positive interaction.

When choosing to either attend, exhibit or produce a trade show, one of the keys for me is to look at the visitor experience.  All three of these shows did that.  And well.