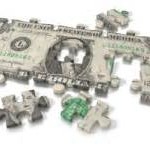 All it takes is money, as the saying goes. If you don’t have it, go find it. At our chamber, we rely on three sources of income for our programs:

When it came to the Big D BBQ Battle, we relied on a similar set of sources:

In the first-year event (2014), it was difficult to generate interest in an event that hadn’t happened before.  But once we had our first sponsor, others fell in line–and mostly from our diehard, grassroots supporters.  It also helped that we “bundled” cooking spaces with all sponsorships.

Team entry fees were our second-largest source of income.  It was a “pay to play” approach to barbeque competition.  Basic spaces sold for a fixed price, but were also included (“bundled”). the idea was to sell the event as a “networking with fire and flame” opportunity as well as a chance to connect with the community.

Admissions, or the gate, was our last source of income.  This was the hardest to gauge, given that the genesis of the event itself was as a business-to-business networking event.

As we work toward the second year of the event (2015), we are taking the lessons learned from each segment and improving on each.  The revenue sources have helped us shape the program into the “three events” format we are pitching this year.  When it comes to thing happening at different times, they lend themselves to being revenue sources as well.

Stay tuned–this is ever evolving.